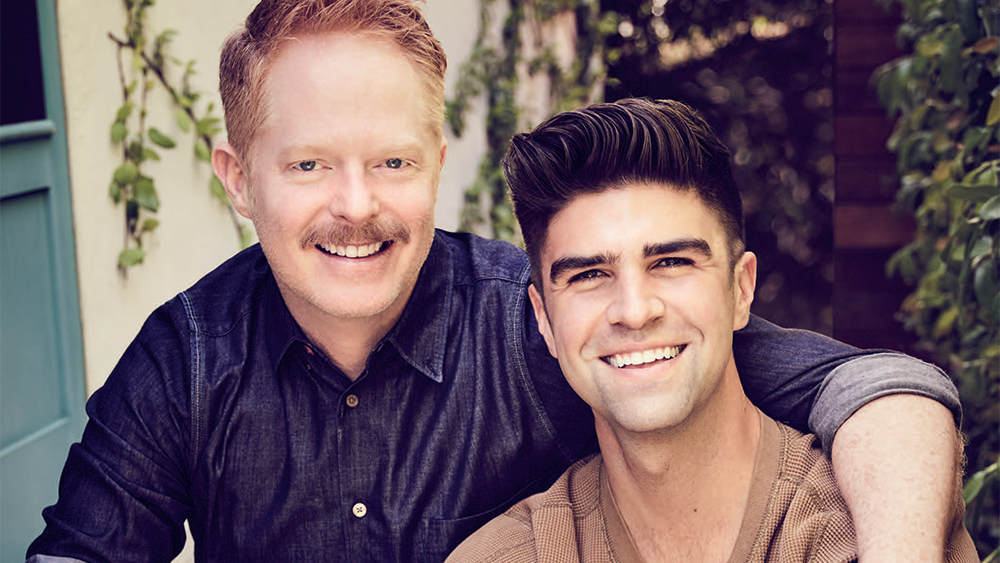 The 44-year-old actor and husband Justin Mikita have welcomed their first child together, a rep for Ferguson confirms exclusively to PEOPLE.

“Jesse and Justin welcomed their little bundle of joy Beckett Mercer Ferguson-Mikita on July 7, 2020,” says the rep. “The new parents are overjoyed and excited for this new journey as a family of three.” 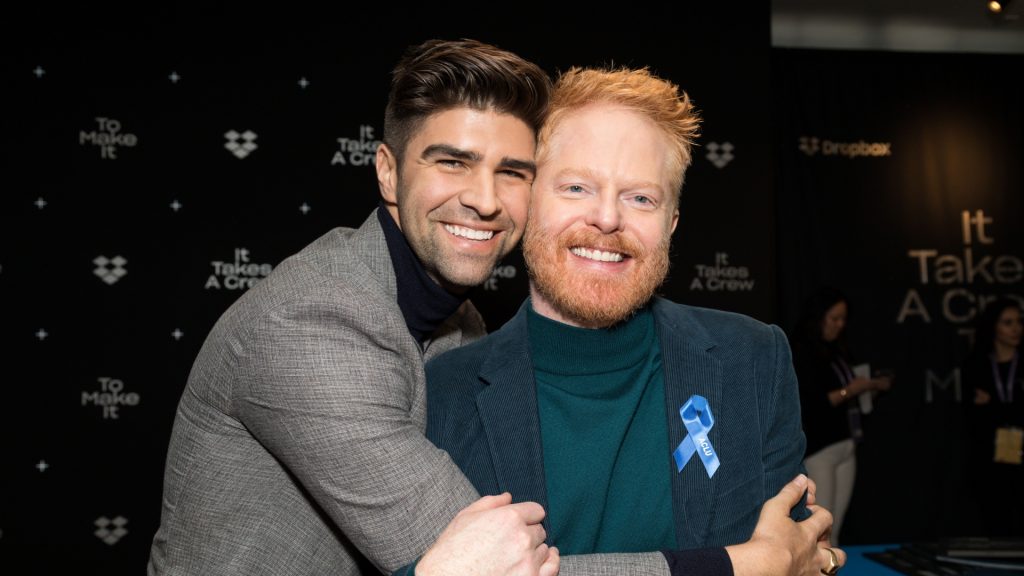 Ferguson shared that he and Mikita, 34, were expecting during a January visit to The Late Late Show, telling host James Corden and fellow guest Charlie Hunnam, “This is something I haven’t even mentioned to anyone, if we could just keep it between the three of us and you all, but I’m actually expecting a baby in July with my husband.”

Ferguson — who recently wrapped the final season of his long-running comedy series Modern Family — did not reveal his child’s sex, only jokingly confirming that the baby would be “human.” 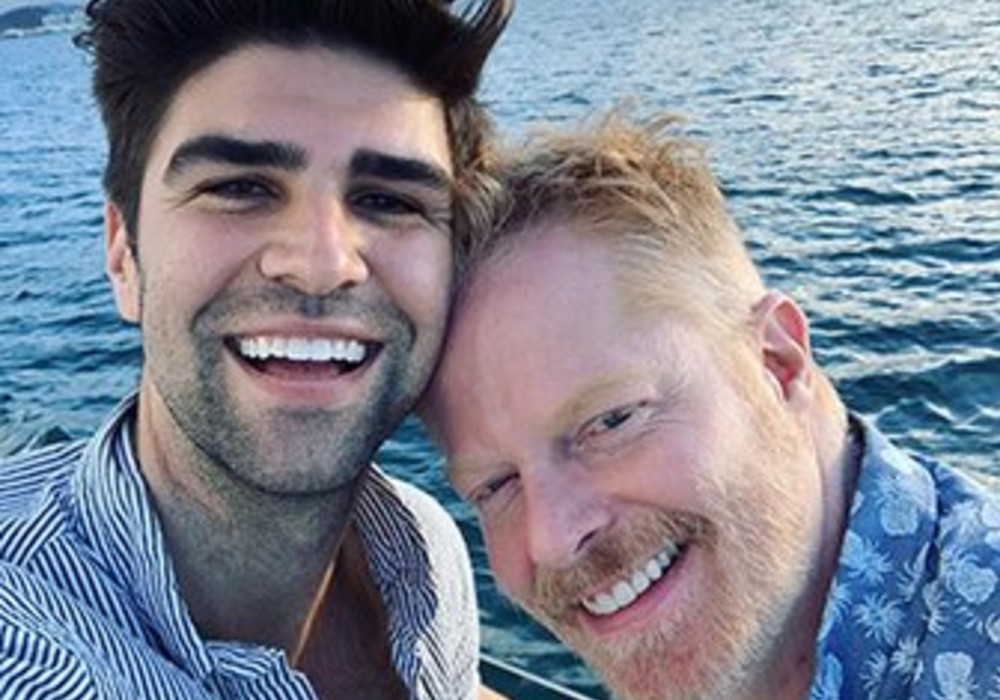 In February, Ferguson and Mikita celebrated their little one on the way at an epic baby shower that included many of Ferguson’s Modern Family costars, lavish poolside decorations and a performance by the Aquawillies — a group of male synchronized swimmers.

Modern Family stars Sarah Hyland and Sofía Vergara were part of the star-studded guest list, which also included Betty Who, Jen Atkin, Lisa Rinna and Broadway actress Shoshana Bean, who serenaded the happy couple. The theme of the bash was “S— Just Got Real.”

Ferguson and Mikita tied the knot in July 2013 at a ceremony in downtown New York City, with playwright Tony Kushner officiating. 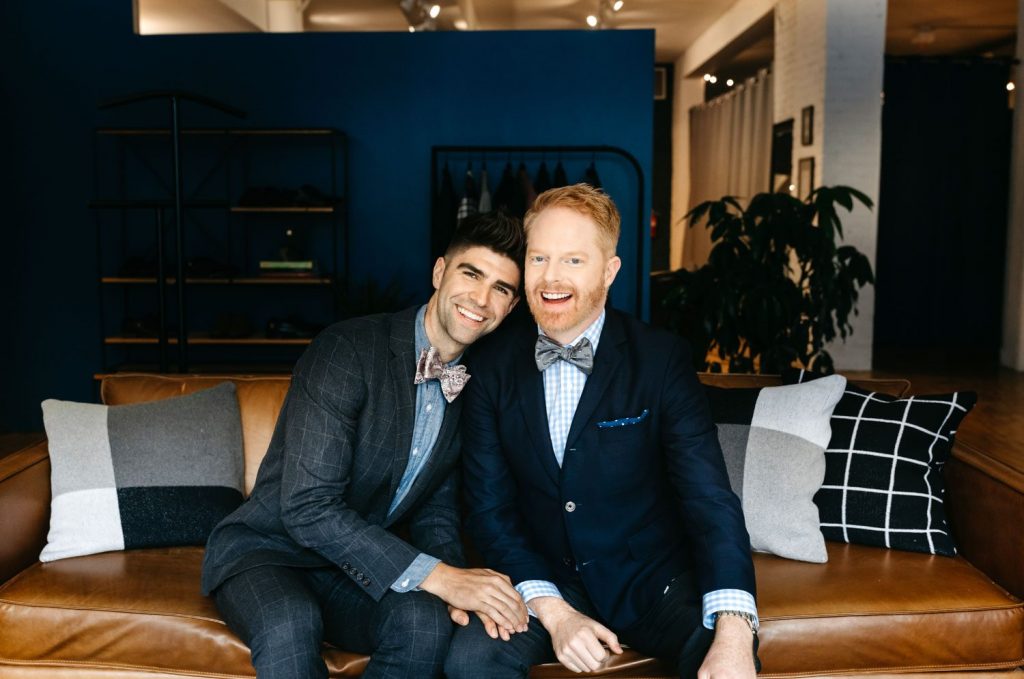 Ferguson, who played uptight lawyer Mitchell Pritchett on the hit ABC sitcom, and Mikita, a real-life lawyer, became engaged in 2012 when the two vacationed in Mexico after being together nearly two years.

On the couple’s five-year wedding anniversary in 2018, Mikita posted a romantic photo of Ferguson on Twitter. In the shot, the actor was seen smiling while holding his husband’s hand at the beach in Miami.

“Strolling into our 5 year wedding anniversary like … ” Mikita captioned the shot, to which Ferguson replied with a handful of heart emojis. 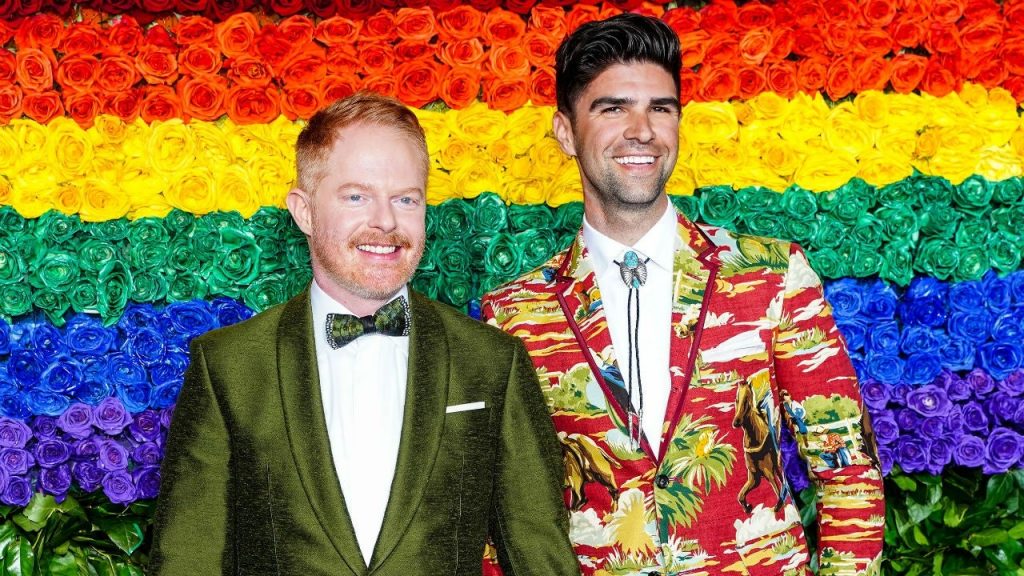 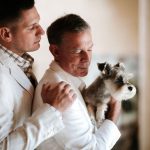 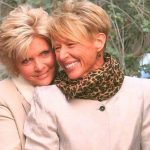