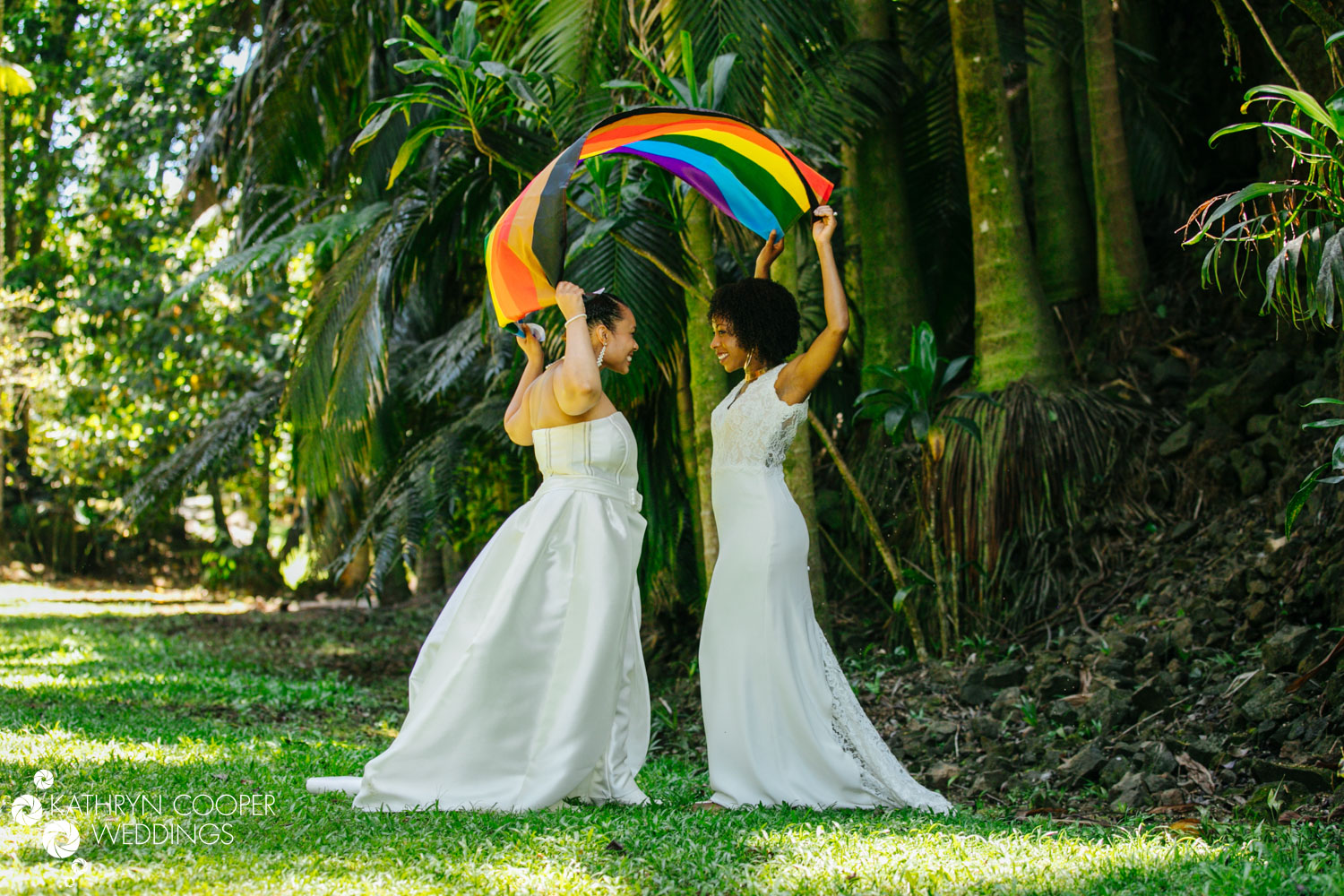 THE MOST AWKWARD LGBTQ WEDDING QUESTIONS: WE WILL ANSWER!

If you’ve never been to a same-sex wedding, we have some potentially bad news: They’re not all that different from straight weddings. Still, weddings between LGBTQ people are still fairly rare and, chances are, you might have some burning questions about what to expect from your first one. While the basic structure of the wedding won’t likely differ too much from the weddings you’ve been to in the past — a short ceremony, cocktail hour and then a reception — there will probably be some other gender-related differences you might be curious about. Make sure you’re not asking any of these absolute no-no same-sex wedding questions, then check out this list to get answers to all the questions that are way too awkward to ask! 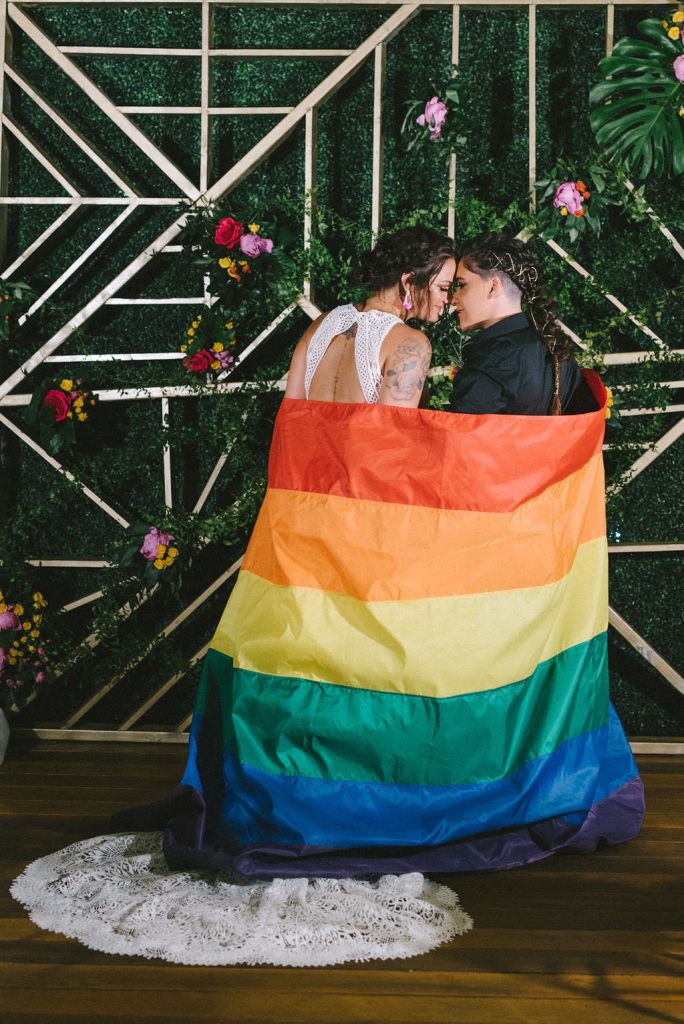 Is the ceremony going to be religious?

This is totally dependent on the couple. If your friends are the religious sort in their everyday lives, chances are they’ve found a way to marry religion with their LGBTQ nuptials — pun intended! It’s true that many religions have traditionally been less than hospitable to queer people, but that’s changing. Many same-sex couples choose to celebrate their faith in Hindu ceremonies, secular ceremonies with shoutouts to the Jewish faith and full-on Christian same-sex weddings. On the other hand, if the couple isn’t religious, it’s unlikely that the wedding will be affiliated with any sort of religion, but rather readings or poems that are significant to the couple. The bottom line is not to assume an LGBTQ identity and religion are automatically at odds.

How should I address a genderqueer person who is getting married?

The number of folks who don’t identify as either male or female is on the rise, and an increasing number of LGBTQ weddings feature one or two partners who won’t be “brides” or “grooms.” Avoid any potentially embarrassing snafus with the basic knowledge that a genderqueer person will likely guide you on how they prefer to be addressed. In general, the proper pronouns for genderqueer or gender nonbinary people are they, them and their, as in “Heather invited me to their wedding and I can’t wait to celebrate with them!” Although the pronouns are plural, when it comes to genderqueer people, you can use them to refer to one person. When you’re addressing a card, use the title “Mx” without any punctuation, unless the person has guided you to use a different honorific, like “Dr.” or something else. Avoid using gendered terms like “bride” or “groom,” unless the person specifically refers to themselves that way. So, instead of saying, “What a beautiful bride you are!” consider something like “You look great!” without any mention of gendered titles. 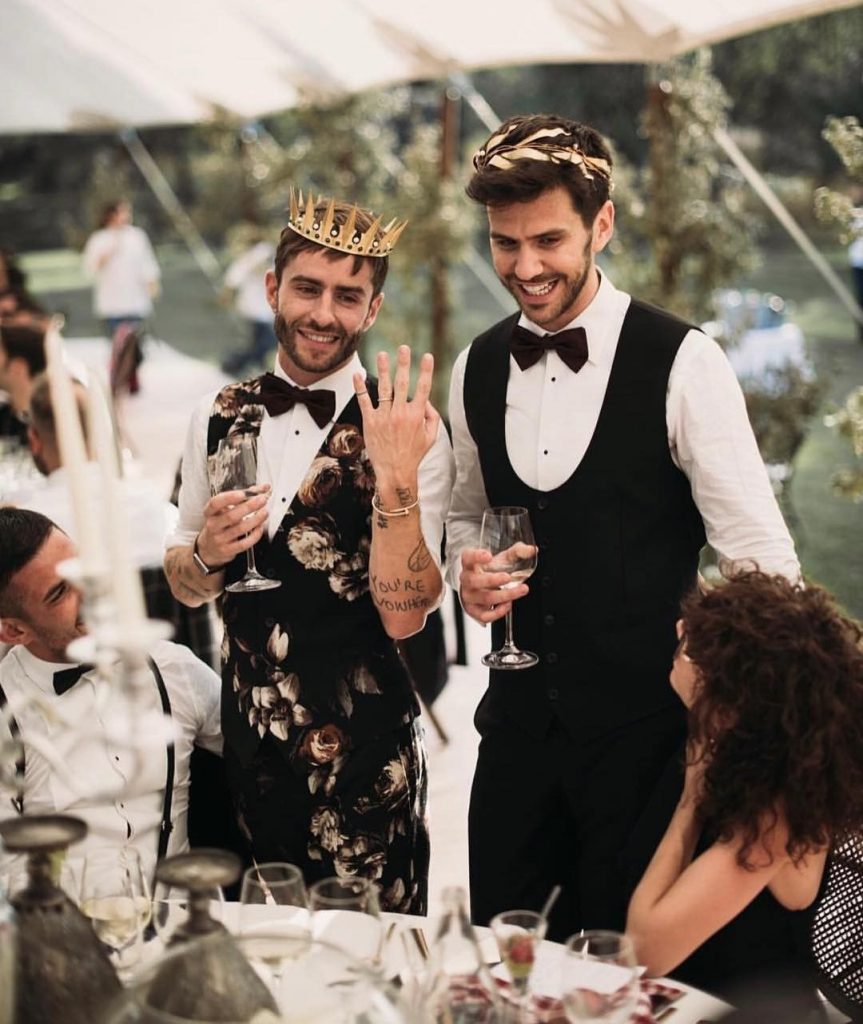 Will the grooms or brides’ parents walk them down the aisle?

This is a perfectly fair question, since wedding tradition dictates that women are escorted down the aisle by their fathers while men wait at the altar for their brides. When both partners are women, how does the processional work? What about two grooms? This is really up to the couple. Just as many straight couples have chosen different ways to process into the ceremony as a way to honor one or both of their parents, queer couples typically decide how to enter based on their family relationships. In general, weddings with two brides usually feature at least one bride who chooses to walk down the aisle, either escorted or solo. Some two bride weddings make room for both brides to be walked down the aisle, separately or at the same time. For weddings with two grooms, it’s less common that they are escorted down the aisle, but there is still lots of variety in how they choose to process.

Will both brides wear dresses? 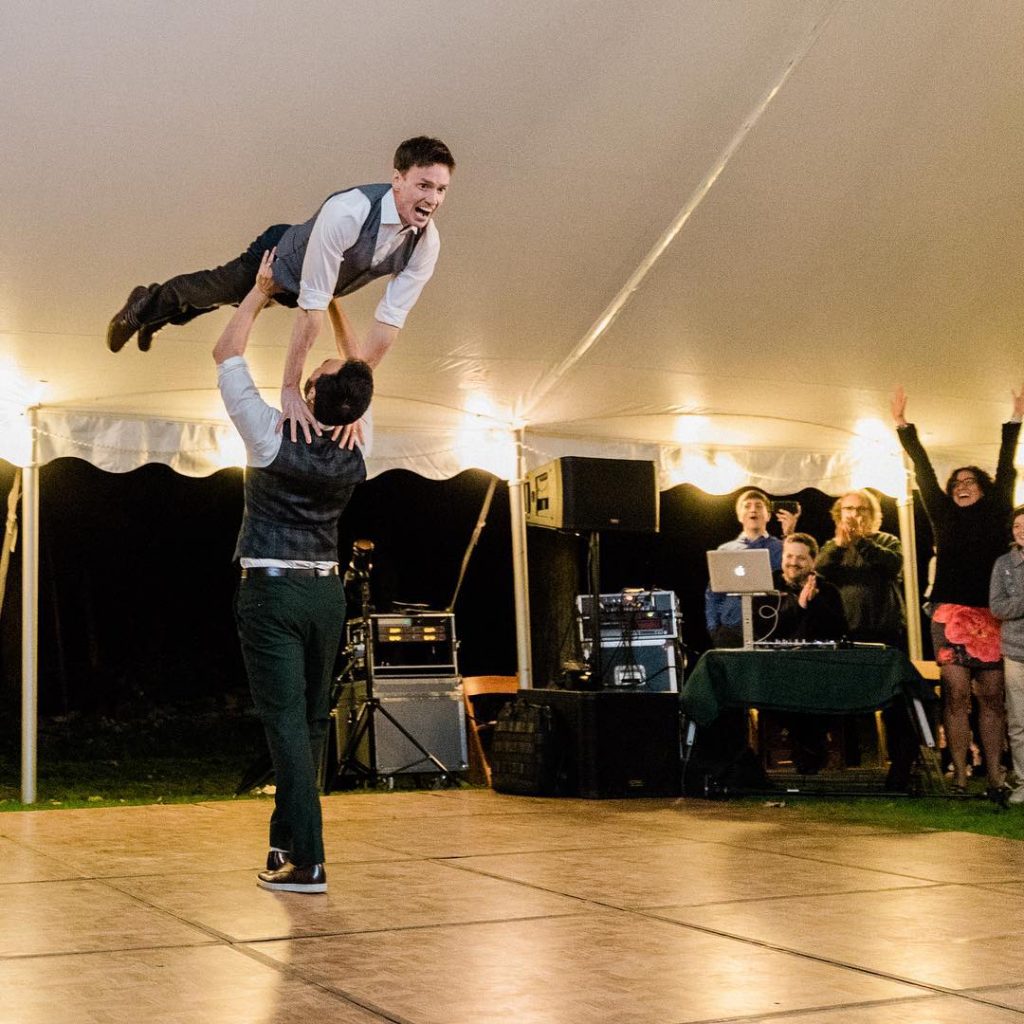 How should I address the newly married couple?

In most cases, you could simply call them by their new name — if they’ve chosen to have the same last name. For example, “The Smiths.” If you are unsure whether one partner will change their name or if the couple has chosen a neutral last name to share, then something more general like “the happy couple” is appropriate for any written correspondence or card to the couple. If you know the newly married couple will be keeping their given last names, it’s still appropriate to refer to them as “Mrs. and Mrs.” or “Mr. and Mr.” and include both last names.

There are some facets of wedding receptions that most same-sex couples wholeheartedly embrace, like the cake cutting, if there’s cake. Others, like bouquet tosses, are pretty unpopular among LGBTQ couples. While you can expect a fun party with lots of exciting surprises for guests, don’t expect to see too many of the traditional activities you’ve come to expect from straight weddings at same-sex weddings. 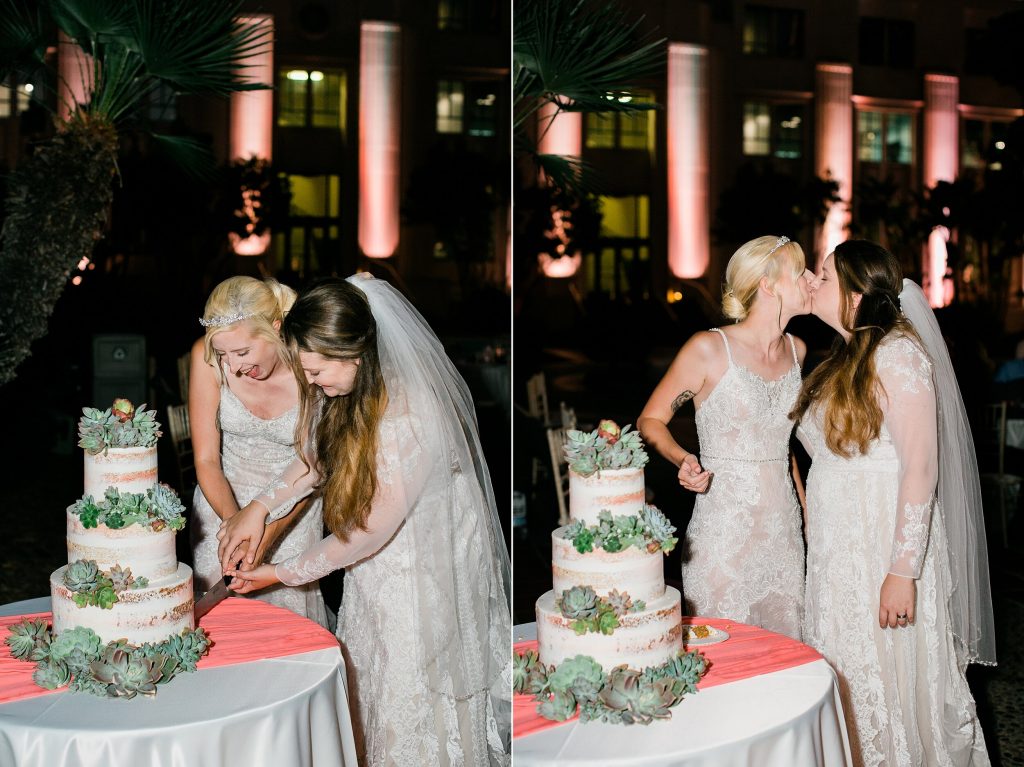 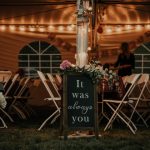 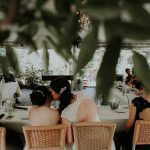