Sarah Huffman is an American former professional soccer player who last played for Portland Thorns FC of the NWSL. Sarah Huffman came out as gay in a statement on the Athlete Ally website supporting equality in sports.

Place of birth: Danbury, Connecticut, US

Huffman was born in Danbury, Connecticut. She grew up in Flower Mound, Texas and attended Marcus High School. She has not revealed her parents, brothers and sisters details. The information is under review and will soon be updated.

She attended the University of Virginia. Sarah received her Bachelor of Science (Kinesiology) and Masters degree (Education) in 2008.

A four-year starter, she is one of the top players in the school’s history. She was a two-time NSCAA All-American, a two-time Soccer America MVP, and a three-time first-team All-ACC selection.

As a senior in 2005, she was named Soccer Buzz All-American, Soccer America MVP, and NSCAA All-American. She ended her collegiate career with 12 goals and 28 assists.

She became a member of the 2007 W-League champion, Washington Freedom. In 2008, she played for the Norwegian team, Røa IL.

Huffman was the number one pick in Round 1 of the 2008 WPS General Draft and signed with the Washington Freedom in Women’s Professional Soccer. In 2012, Huffman signed with the Pali Blues in the W-League.

In 2013, Huffman signed with the Western New York Flash. On April 5, 2014, Huffman was traded with a player to be named later to the Portland Thorns for Courtney Wetzel, Kathryn Williamson.

Sarah Huffman is a bisexual and as of now, she is single. Previously Sarah was married to her longtime girlfriend, Abby Wambach, in Hawaii. They got married on October 5, 2013.

In a new autobiography, Wambach announced that she and Huffman are divorcing. Their divorce was finalized in 2016. Currently, Sarah resides in Portland, Oregon, in her own house, which she bought earlier along with her ex-wife Abby.

She is happily single but her ex-wife Abby Wambach has found love again. Abby is in a relationship with Glennon Doyle Melton. 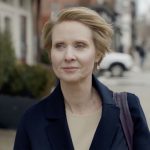