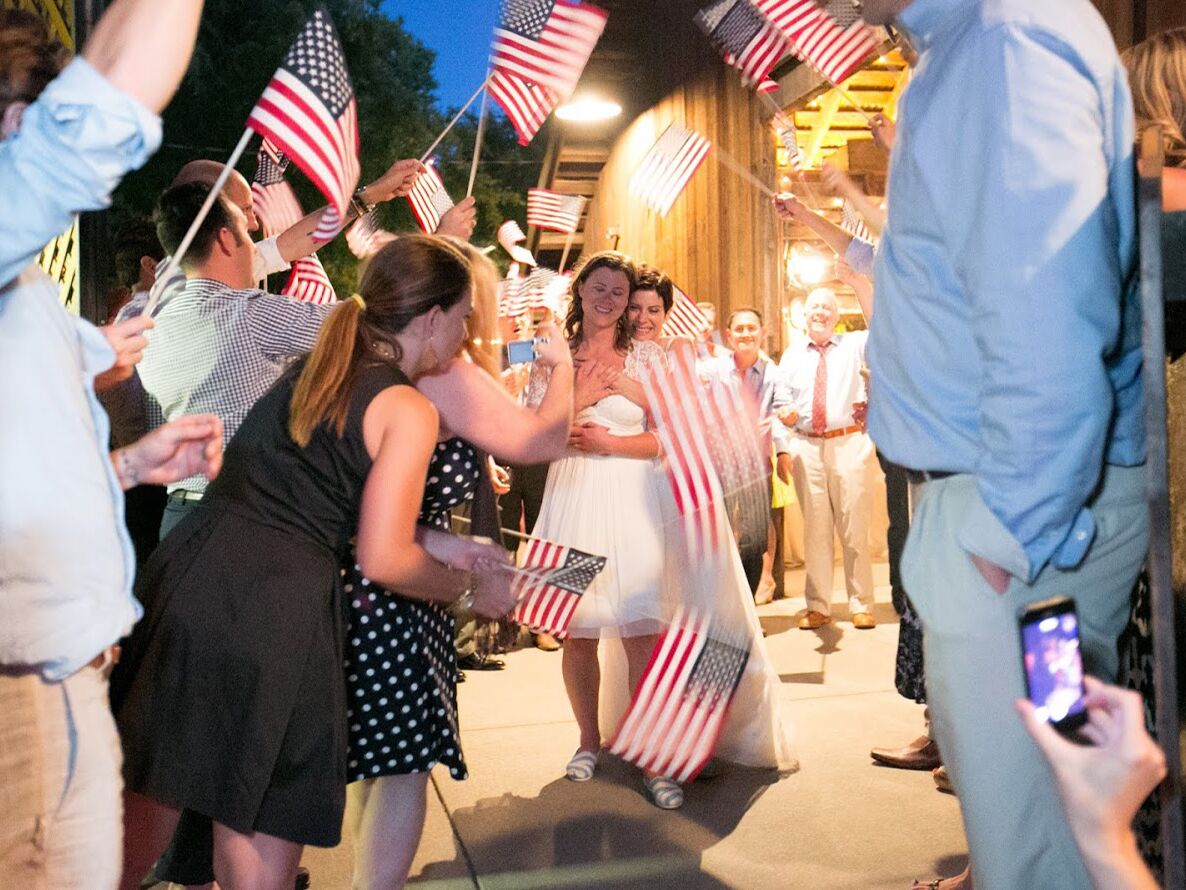 The Supreme Court Has Finally Declared That Same-Sex Marriage Is a Right For All!

Best Pride Month ever: In a momentous decision, the Supreme Court of the United States finally ruled today that same-sex marriage is a national right!

Get out your champagne glasses, because #LoveWins! On Friday, June 26, the Supreme Court of the United States made history by ruling that all American citizens nationwide have the right to marry. The 5-4 decision is a gigantic victory for same-sex couples everywhere, who’ve long-awaited the announcement that their love could be legal in more than just 37 states. Now, states must license and recognize all gay marriage by law.

“No union is more profound than marriage, for it embodies the highest ideals of love, fidelity, devotion, sacrifice, and family,” Justice Anthony Kennedy wrote in the court’s majority opinion. “In forming a marital union, two people become something greater than once they were. As some of the petitioners in these cases demonstrate, marriage embodies a love that may endure even past death. It would misunderstand these men and women to say they disrespect the idea of marriage. Their plea is that they do respect it, respect it so deeply that they seek to find its fulfillment for themselves. Their hope is not to be condemned to live in loneliness, excluded from one of civilization’s oldest institutions. They ask for equal dignity in the eyes of the law. The Constitution grants them that right.”

Also, the third annual digital issue of The Knot Special LGBTQ Edition is available now for download right here, and we have tons of same-sex wedding content at the ready on our website, since we can anticipate lots of long-awaited engagements and weddings being planned soon! The Knot is proud to have strongly supported marriage equality for all since we were founded in 1996, and this day couldn’t be more joyous to us — so let’s celebrate together!