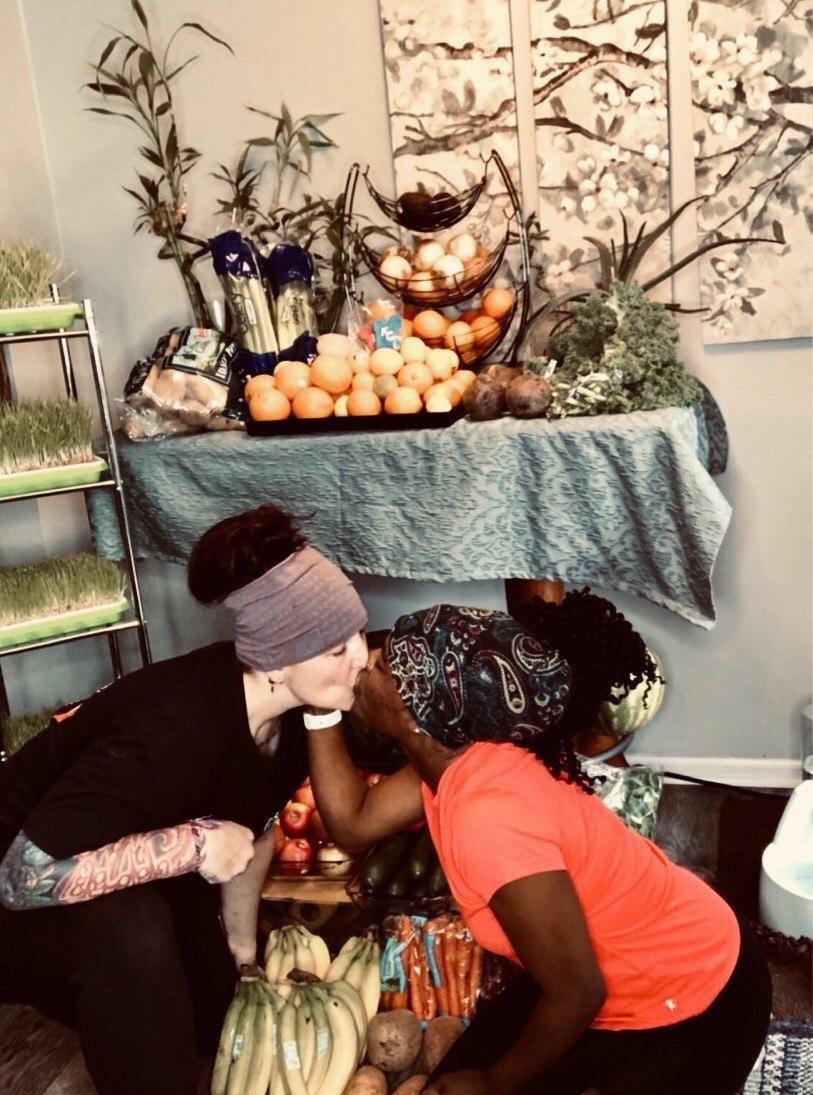 They had been working in the same area for quite some time and didn’t know one another. Ashley ended up asking Tiara out and she said yes. So they went to coffee, and the rest is history. They met up super early at a beautiful coffee shop downtown that overlooked the city and talked about life, who they are, who they want to be, etc.

At first, Tiara thought Ashley was so mellow. Tiara is very outgoing, fun, and a little silly, and Ashley was so calm, mellow, and mellowed her out. Now, Ashley is just as fun and weird as Tiara am!
And when Ashley met Tiara at first, she wanted to marry Tiara soon as she officially met her. 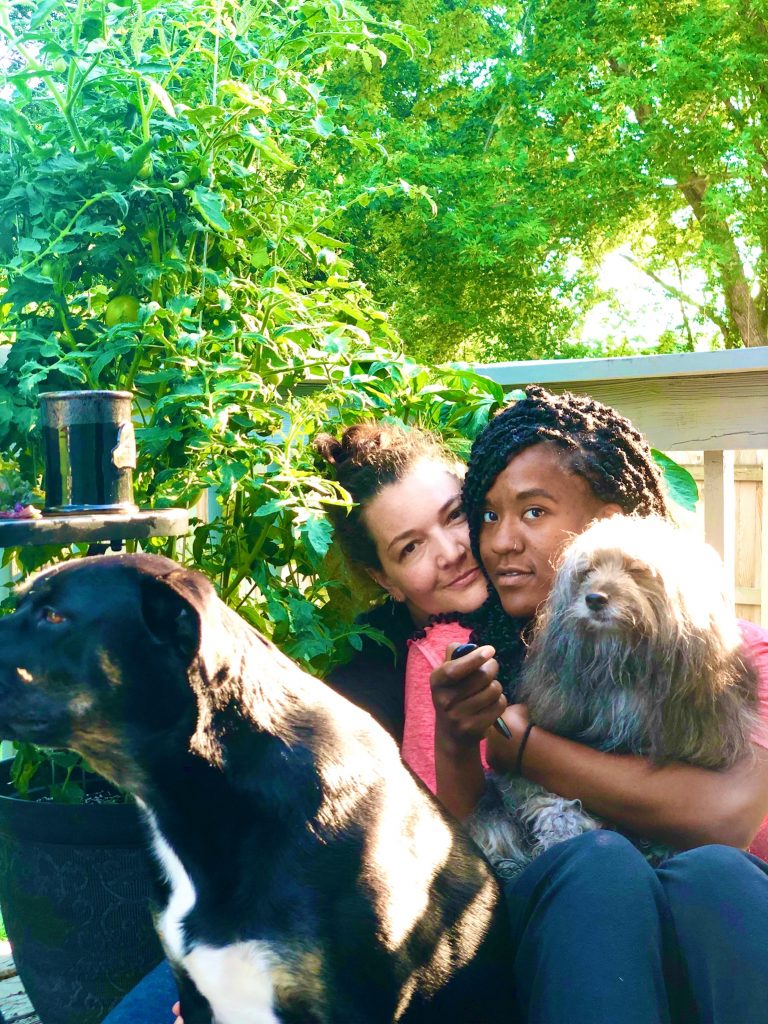 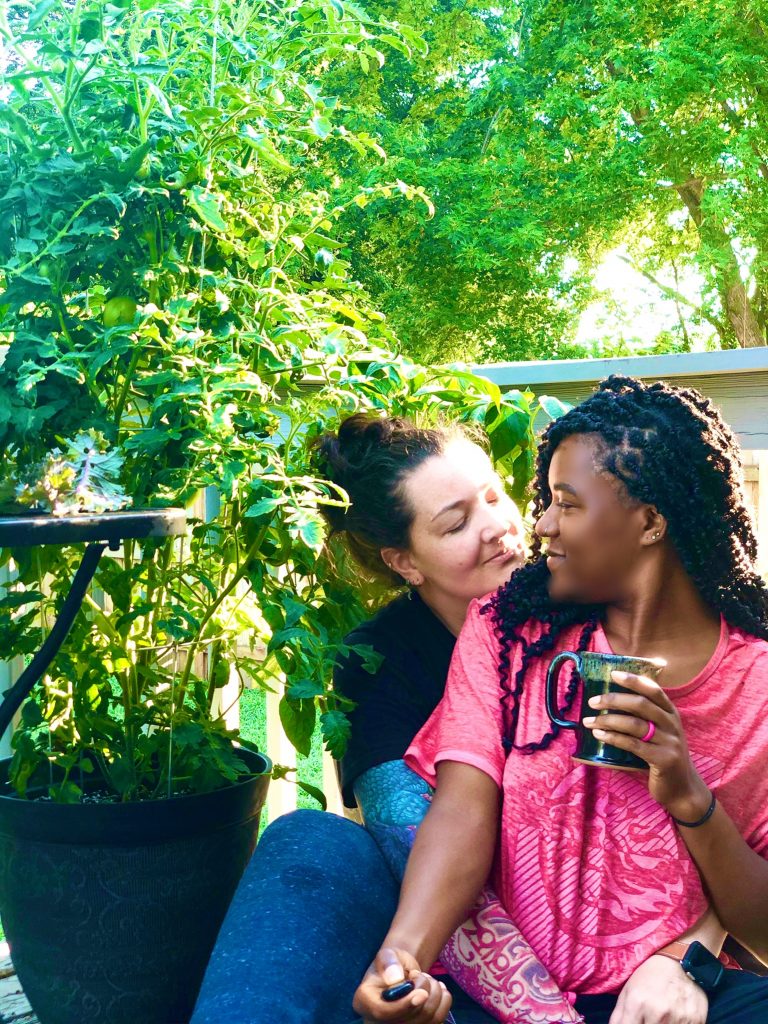 They had worked in the same area for over a year and didn’t know one another. Ashley had sworn she had seen Tiara before they actually met, but Tiara hadn’t seen her. They eventually met for coffee and it all started from there. 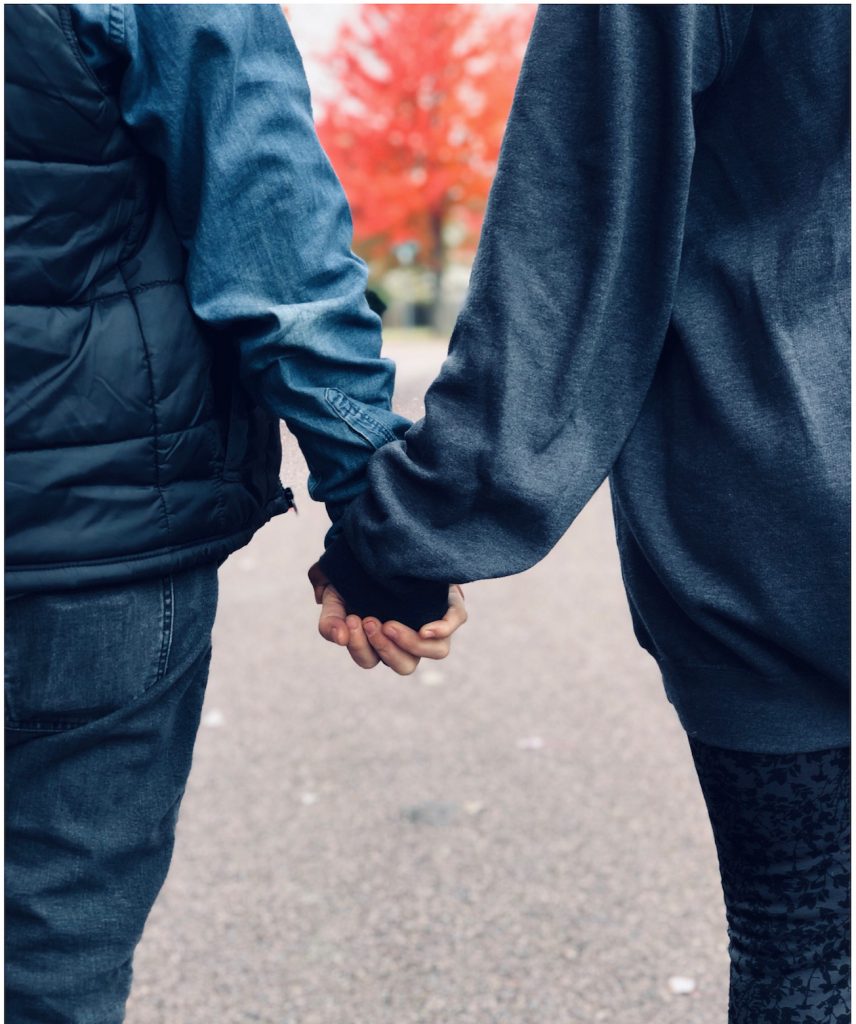 First “I Love You”. Tiara did! Ashley was something she had never met before. Someone insightful, calm, loving, understanding, soulful, a little sassy, but sweet. First Kiss. It was at the farmers market, which is where they now go every week to get produce together! 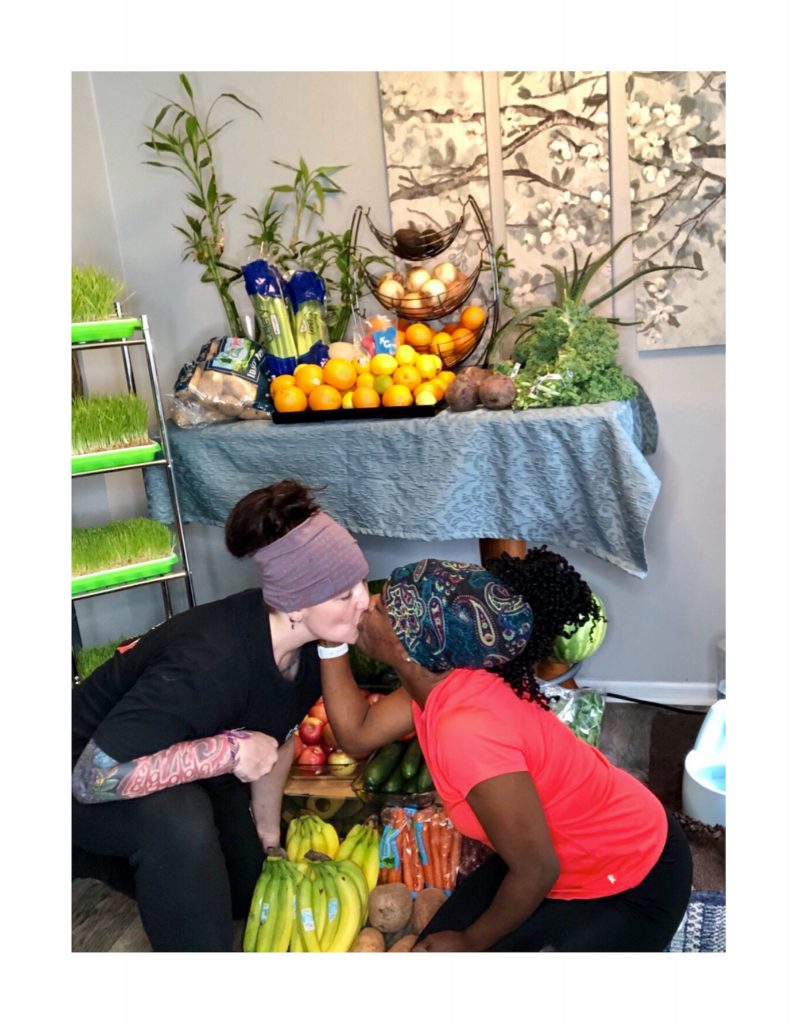 Weird habits of each other

They often alternate waking up at 2 am and Tiara tells Ashley random stories. Or, they get up super early and juice fruits and vegetables. Tiara: “It’s weird honestly, but we are early risers”!

After they met one another, they knew after a few months that they wanted to be together forever. They didn’t need years to tell them that. It was as if their souls have been longing for one another. So marriage talks occurred early. After running an errand, Tiara came home to a beautiful card and Ashley down on one knee with a ring. It was the moment Tiara had been waiting for. 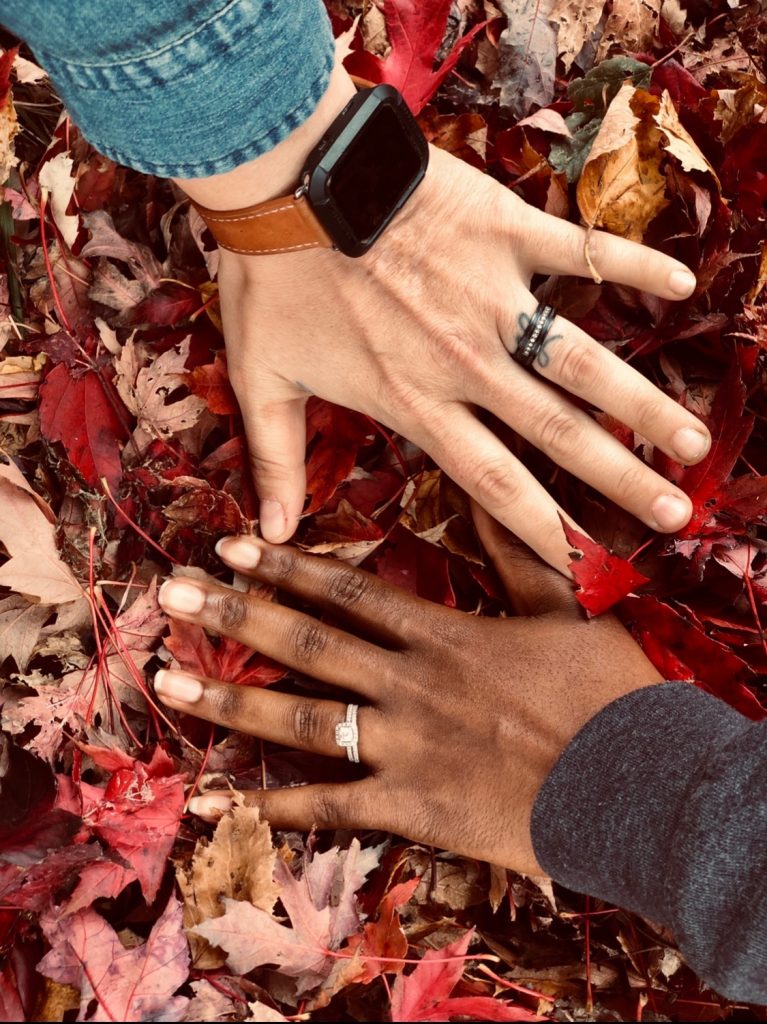 They had a boho themed wedding with the intention of keeping it simple and spiritual. During these unique times of quarantine, it was small in nature as far as the guest lists go, but they truly only wanted those who were important to them in attendance. 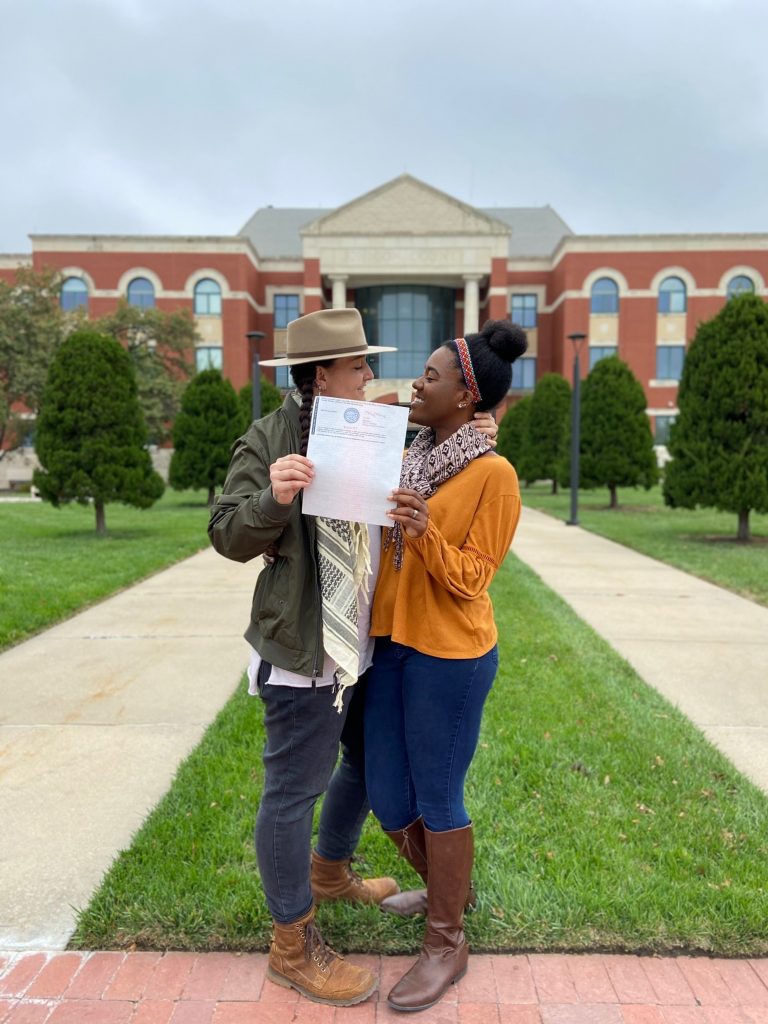 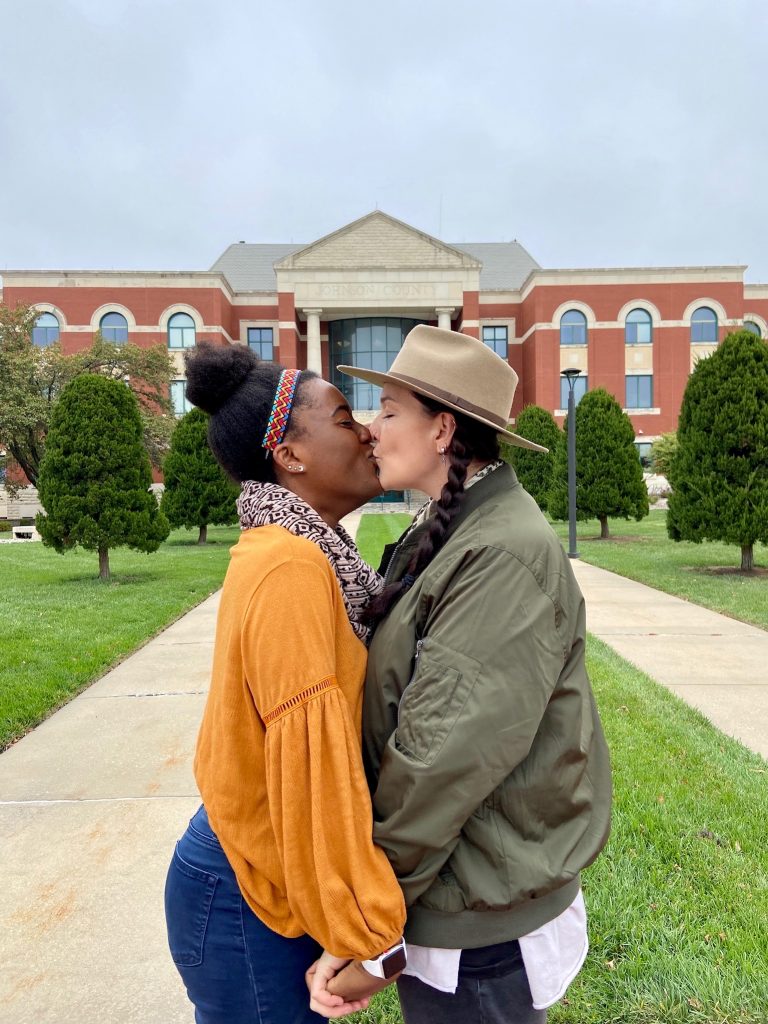 The decor was very bohemian chic, but it wouldn’t have been them had they not filled the room with plants and nature to support the ambiance. In general, their ceremony was spiritual and was meant to represent the binding of two souls into one without any type of religious affiliation, but rather, affiliation with the universe and the concept and role of it in their world. 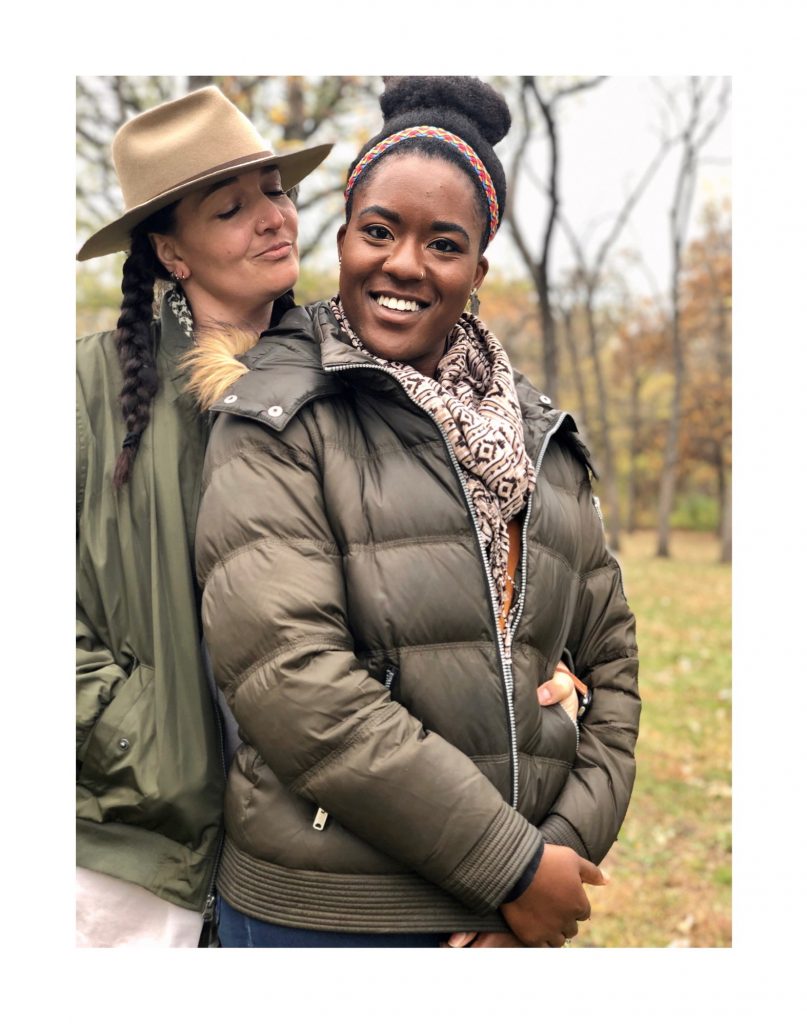 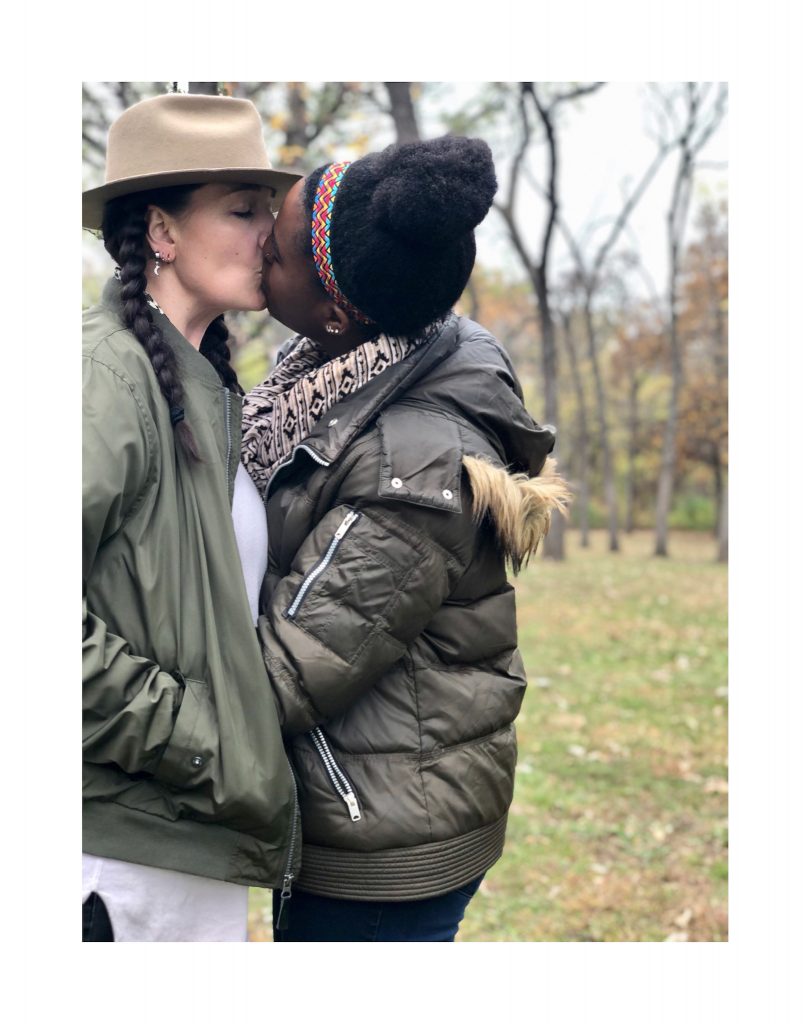 If you want to be featured, fill the form:  https://forms.gle/Vm1Cu13u28fUSxyQ7 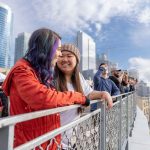 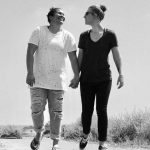